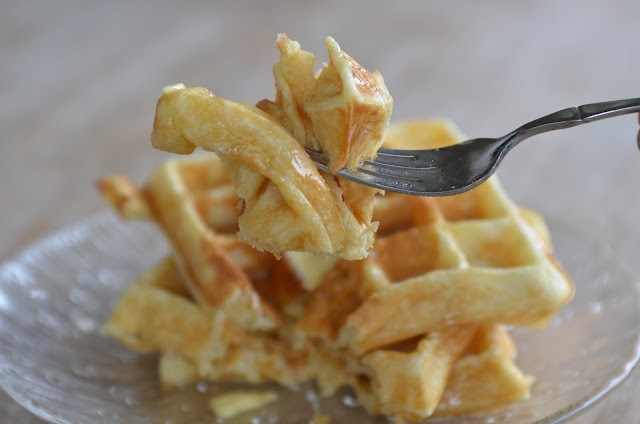 This recipe comes from one of the first cookbooks I ever used when I was little.  It is called the “Alpha-Bakery Children’s Cookbook” and  it offers a recipe for each letter of the alphabet along with a cute but sometimes weird cartoon version of the food (usually the cartoon food has a face).  Thankfully I have grown out of most of the recipes (such as “Quick Cheeseburger Pie”- which I really think is cheating because you can put “quick” in front of anything to satisfy the requirements for the letter Q).  But this is still my favorite waffle recipe.

You will notice I have many recipes for pancakes on my blog, and all of them are delicious in their own way.  But this is the ONLY waffle recipe I have posted because it is quite simply the best.  I have tried many other waffle recipes that do not reach this level of fluffy perfection.  I also like that they are not too sugary.  Waffles shouldn’t be sweet- that is what the syrup is for.  Part of reaching waffle excellence is getting the optimum amount of butter to melt in each little square.  My dad achieves this  by slicing little squares of butter onto his plate while the waffle is in the iron.  Then, he is ready to quickly distribute the butter on the hot waffle the second it is ready.  The recipe only makes about 4 waffles so if you are cooking for a crowd, double it! 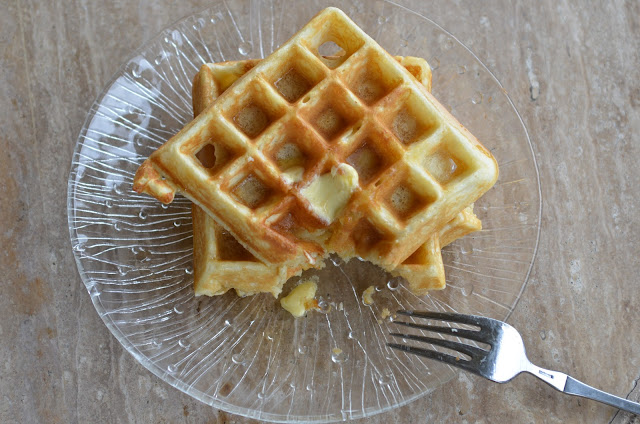 Heat the waffle iron.  Mix flour, baking powder, sugar, and salt in a medium bowl.  Stir in milk, butter, and egg yolk until blended.  Beat egg white in a small bowl on high speed until stiff peaks form.  Fold the egg whites into the batter.  Pour about 2/3 cup of the batter into the center of the hot waffle iron and bake until steaming.  Repeat with remaining batter.

Email ThisBlogThis!Share to TwitterShare to FacebookShare to Pinterest
Labels: Breakfast