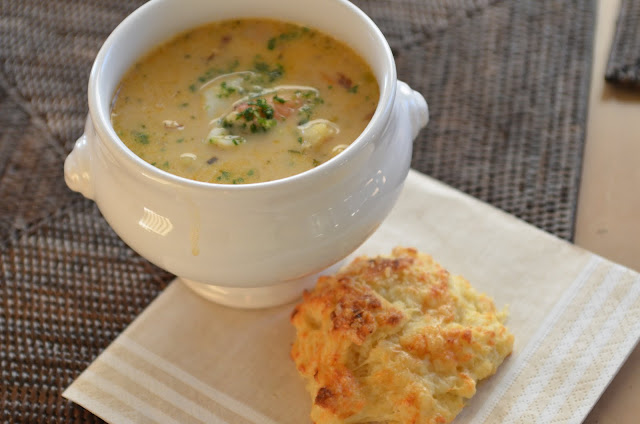 If you have been paying attention to my posts this summer, you may have noticed my growing obsession with corn.  I think I could probably devote the entire blog to corn and be happy.  When I was proclaiming my love for corn last weekend, my sister told me she was under the impression that corn wasn’t particularly healthy.  I told her she was wrong but since I had no evidence to back up my claim, I did some research.  It turns out corn is a great source for vitamins B1, B5, C, and contains a good amount of dietary fiber.  My sister’s mistaken impression about corn is unfortunately not surprising because she grew up with me.  While I am sure it is hard to believe, I was a pretty picky child and  I developed a habit of making up lies about foods that I didn’t like.  My poor little sister of course believed every word out of my mouth and is still trying to crawl out of the web of lies I cast.  My childhood friend was just reminding me that she thought mushrooms had no nutritional value for years based on my claims (I can’t believe I used to hate mushrooms!).  I also told prolific lies about banana nuts causing cancer.  Luckily I am repenting for my lies by clarifying nutritional value on my blog.  However, I will never laud the nutritional benefits of bananas- I have to draw the line somewhere.

Getting back to the recipe, the chowder was delicious and I think I like these cheddar biscuits even more than the goat cheese biscuits we make for Thanksgiving each year.  The recipe is from The Paley’s Place, a restaurant in Oregon that features Northwest Cuisine.  These clams are another success from the same cookbook.  It seems funny to have hot soup in the middle of the summer, but I wanted to take advantage of the amazing corn.  I am thinking of making a winter iteration of this chowder to use as a first course for Christmas dinner so I will keep everyone updated on developments- it’s never too early to start planning holiday menus!

Corn Broth¼ cup olive oil
Shells from 2 Dungeness Crabs
1 yellow onion, coarsely chopped
1 large carrot, coarsely chopped
1 leek, green part only (reserve white part for chowder)
2 large corn cobs (reserve corn kernels for chowder)
4 sprigs thyme
¼ teaspoon cumin seed, toasted and ground
¼ teaspoon coriander seed, toasted and ground
¼ teaspoon cayenne pepper
3 tablespoons tomato paste
2 cups dry white wine
8 cups water
Kosher salt and ground pepper
In an 8-quart soup pot, cook the olive oil and crab shells over high heat, stirring to thoroughly coat the shells with oil, about 5 minutes.  Add the onion, carrot, leek greens, and corn cobs, and cook until the vegetables brown slightly, about 5 minutes.  Sprinkle with thyme, cumin, coriander, and cayenne.  Cook, stirring, about 3 minutes.  Stir in the tomato paste.  Add the wine, decrease the heat to medium, and cook until the liquid reduces by half, about 10 minutes.
Add the 8 cups of water and simmer until the flavor of crab is prounounced, at least 1 hour but up to 4 hours.  Season to taste with salt and freshly ground black pepper.  Strain everything through a fine colander set over a large bowl, pressing the solids to extract the maximum amount of liquid.  Measure 8 cups for the base of the chowder and set aside.  If any broth remains, store it for another use. 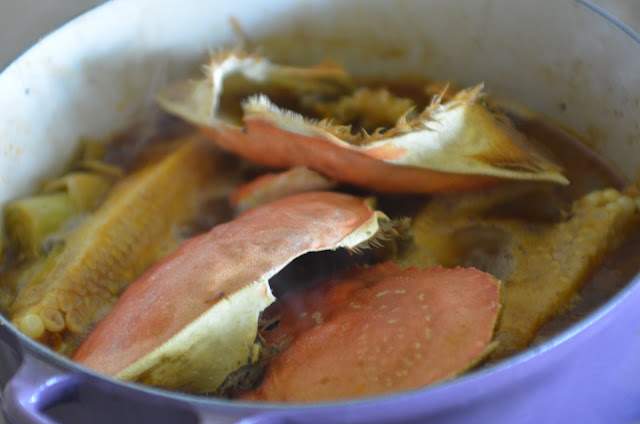 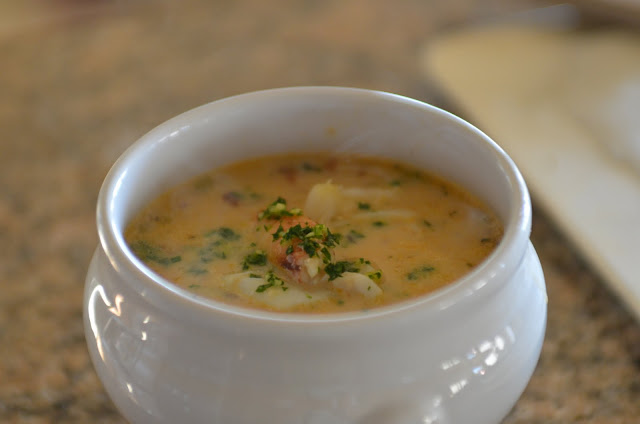 Persillade
makes about 1/3 cup
1 bunch Italian parsley, leaves only
3 large garlic cloves
Finely chop the parsley on a cutting board, then gather it to one side. Finely chop the garlic. Mix them together and chop some more until well incorporated. Transfer the mixture to a small container, cover tightly, and refrigerate until ready to use. 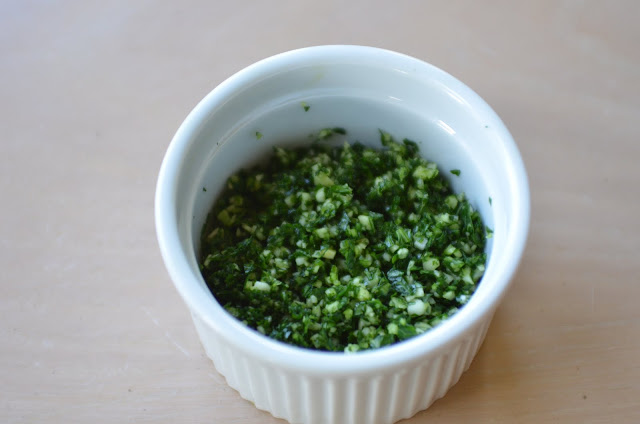 Cheddar Biscuits
makes about 12 biscuits
½ cup plus 1 tablespoon cold unsalted butter, cut into ½ inch dice.
1 onion, finely diced
2 cups all-purpose flour
2 teaspoons baking powder
¼ teaspoon baking soda
½ teaspoon kosher salt
1 cup buttermilk
1 ¼ cups grated cheddar cheese (If  you are in the Northwest, use Beecher’s Flagship)
Preheat the oven to 450 degrees.  In a 10-inch skillet, melt 2 tablespoons of the butter over medium heat and sauté the onions until translucent, about 5 minutes.  Transfer the onion mixture to a small bowl to cool.
In a large bowl, mix together the flour, baking powder, baking soda, and salt.  Add the remaining 7 tablespoons butter and work by hand or with a wooden spoon until the mixture resembles coarse bread crumbs.  If you have a pastry blender, that would work well.  Add the cooled onion, buttermilk, and 1 cup of the cheddar cheese, stirring until just combined.
Line a baking sheet with parchment.  Drop heaping soup spoonfuls of the dough onto the paper about 2 inches apart.  Sprinkle the biscuits evenly with the remaining cheddar cheese.  Bake until golden, 12-15 minutes. 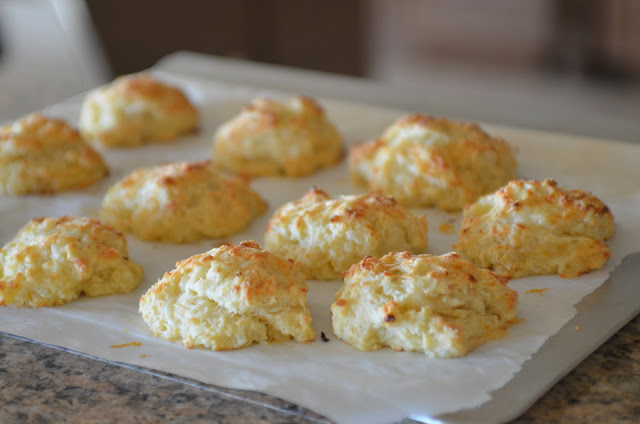