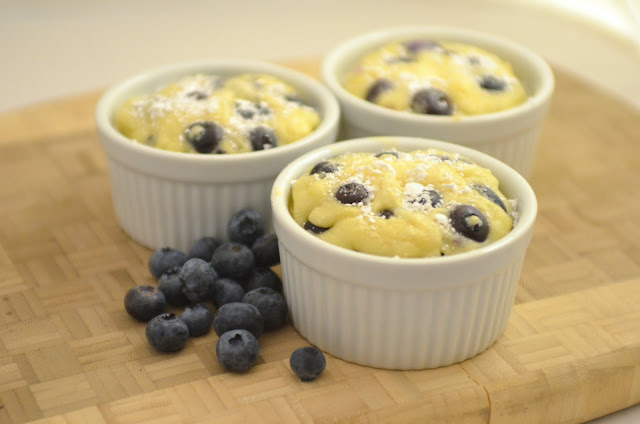 I tried a clafoutis for the first time at Cashion’s Eat Place in DC about two years ago. They almost always have a clafoutis on the menu but the fruit changes with the season. The one I tried was pear and I immediately fell in love. A clafoutis is a French dessert that has almost a pancake-llike batter. The pear one at Cashion's tasted kind of like a cake that had been barely cooked and was hot out of the oven. I tried to recreate this masterpiece last summer with a raspberry and blueberry clafoutis but the result was completely disastrous (which is why you did not see it on my blog). I think it spent too long in the oven because the batter took on spongy and gelatinous texture that was very unpleasant. It did not even come close to resembling the soft, pudding-like delicacy I had at Cashion’s.


Tonight I was determined to have success. I spent a long time looking at different recipes to compare ingredients and found a broad range of interpretations. Some are very egg-y (one recipe called for 8 egg yolks!) and use no flour at all. I think this is the variety that I made last summer which explains why it was so custardy and chewy. Others use far fewer eggs and include flour and baking powder instead.  Since I had already given the custard approach a try, I opted for the flour instead. I combined several recipes and wasn’t very precise with my measurements which made me a little nervous since I am not a baker. I feel much more comfortable improvising with cooking because I have experimented enough to know what will work and what will flop. The science behind baking is a complete mystery to me and I am still amazed when something edible comes from my oven.

While tonight’s result was not even close to being on the same level as the dessert at Cashion’s, I was still very happy with it. A French clafoutis is traditionally made with red cherries but I prefer my cherries fresh and kept out of baked desserts so I opted for a blueberries instead. I watched the ramekins like a hawk when they were in the oven and took them out the second they started to look set. The result was slightly cake-y on the outside and smooth and creamy in the middle. I used individual ramekins but this would also work in a larger tart pan. However, you will probably have to adjust the cooking time if you opt for one pan.

As a final note, if you live in DC and have not tried Cashion’s, I highly recommend it. I just checked their menu and they are currently serving a cherry clafoutis with cream cheese ice cream! 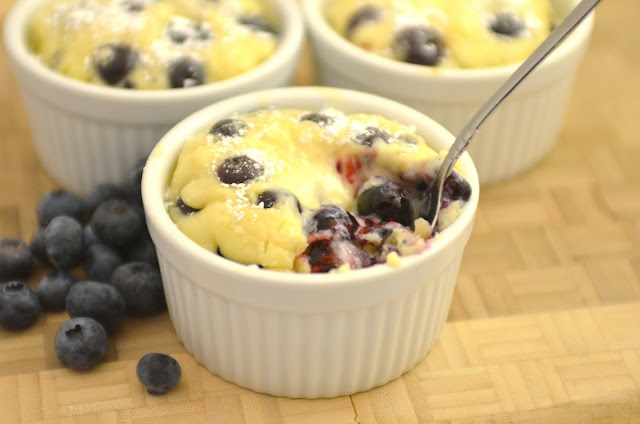 Preheat the oven to 350 degrees. Combine first 7 ingredients in a large bowl and whisk until smooth. Divide blueberries amongst 8 ramekins and sprinkle with sugar. Pour batter over the blueberries, leaving some space at the top of each to allow for them to rise.

Put the ramekins on a baking sheet and cook for 18-25 minutes. Keep a close eye on them and pull them out when they look almost set. They will continue to cook outside of the oven. Let cool before sprinkling with powdered sugar and enjoy! They would be excellent served with some vanilla ice cream as well.
Posted by Emily at 7:10 PM

Email ThisBlogThis!Share to TwitterShare to FacebookShare to Pinterest
Labels: Dessert