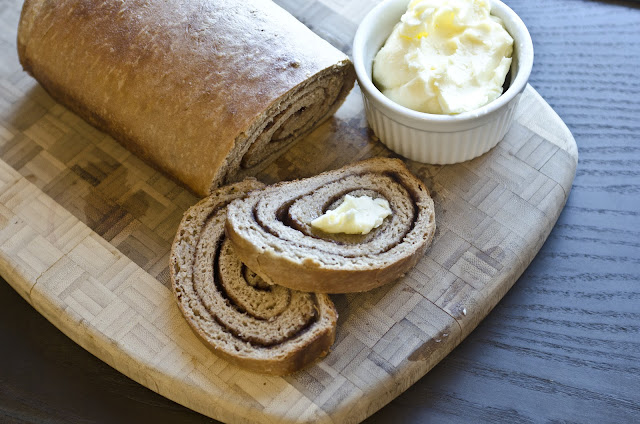 I generally think of myself as more of a savory person- I would rather forgo dessert to make room for more of the main course.  And if I had to pick a last meal on earth I think I would focus on cheese and carbs instead of chocolate.  But when I go to brunch, I suddenly find myself craving sweet things.  So I am ultimately faced with a paralyzing decision: sweet or savory?!!
I have a weakness for pancakes, but somehow brunch seems incomplete without protein from eggs and bacon.  Unfortunately, most restaurants force me to either make this agonizing decision, or order two entrees…some have breakfasts that combine sweet and savory, but those meals are usually labeled embarrassing things like “Hearty Lumberjack Fat Pants Breakfast.”  My usual approach is to order eggs and then get pancakes for the table to “share” with my boyfriend.
When I open my restaurant (in the 20 year plan), I won’t force people to choose.  Everyone will get a basket of Cinnamon-Swirl Bread to start- so they can have sweet to start no matter what they have as their entrée!  This recipe was actually on the docket for Frozen February, but I never had time to post it.  I thought it was perfect because the recipe makes two loaves- so you can eat one fresh and freeze the other.  The original from Fine Cooking calls for raisins, but I am not a fan of raisins in baked goods, so I left them out.  The recipe also suggested making homemade butter- so I did!  It was incredibly easy and amazing.

Make the dough:
Lightly oil a large bowl. In a stand mixer fitted with the dough hook, combine the flour, 2 Tbs. each of the sugar and cinnamon, the yeast, and salt. Combine on low speed, about 1 minute. Add the milk, egg, 3 Tbs. of the butter, and 3/4 cup room temperature water; mix on medium speed, scraping the bowl as necessary, until the dough comes together, about 1 minute. Increase the speed to medium high and continue to mix until the dough is smooth, slightly sticky, and clinging to the hook, about 5 minutes. Scrape down the dough hook with your hand, and remove the bowl.
Turn the dough out onto a well-floured surface, roll it into a ball, and put it in the oiled bowl. Cover loosely with plastic wrap and let sit at room temperature until the dough looks slightly puffy, about 30 minutes.
On a well-floured surface, use your hands to flatten and spread the dough out until it’s about 3/4 inch thick. Fold the dough in half from top to bottom, then in half again from left to right. Return the dough to the bowl, cover, and let sit until it has risen slightly, about 30 minutes more.

When cool enough to handle, remove the loaves from the pans.  Serve with generous pats of fresh butter.
If you want to freeze one loaf, I recommend slicing it first so that you don’t have to defrost the whole thing to eat it. 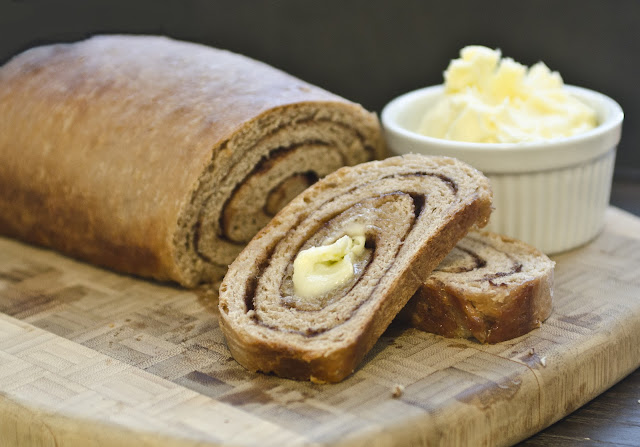 In a stand mixer fitted with the whisk attachment, whip 2 cups of heavy cream on medium speed until medium peaks form, about 3 minutes. Put a splatter guard on the bowl or drape a kitchen towel over the mixer and the bowl. Increase the speed to high and continue whipping until the solids separate from the buttermilk (you will hear sloshing), about 8 minutes.
Gather the butter into a ball and put it in a strainer. Rinse under cold water, squeezing with your hands, until the water runs clear, about 1 minute. Knead in 1/4 tsp. sea or kosher salt and shape the butter as you like. Pat it dry with a paper towel, wrap in plastic, and refrigerate for up to a month.